The International Committee of Architectural Critics, CICA, the Architectural Association and the Victoria and Albert Museum will organise events to mark the occasion of the RIBA Royal Gold Medal awarded to CICA President Joseph Rykwert on 21-22 February 2014.

Joseph Rykwert, President of CICA, and Paul Philippe Cret Professor of Architecture Emeritus at the University of Pennsylvania, is one of the most important critics and historians of architecture alive today. His work has influenced generations of architects, and his achievements are recognized this year in the RIBA’s decision to award him the Royal Gold Medal. To commemorate his work, CICA, the V&A and the AA will host a gathering of architecture critics and historians from around the world to reflect on the enduring importance of his books and journalistic criticism.

The symposium about Rykwert’s work will be chaired on behalf of the V&A by senior curator Kieran Long and on behalf of CICA by the Mexican critic Louise Noelle. Speakers include Kenneth Frampton, Vittorio Gregotti, David Leatherbarrow, Phyllis Lambert, Luis Fernández-Galiano and many more. 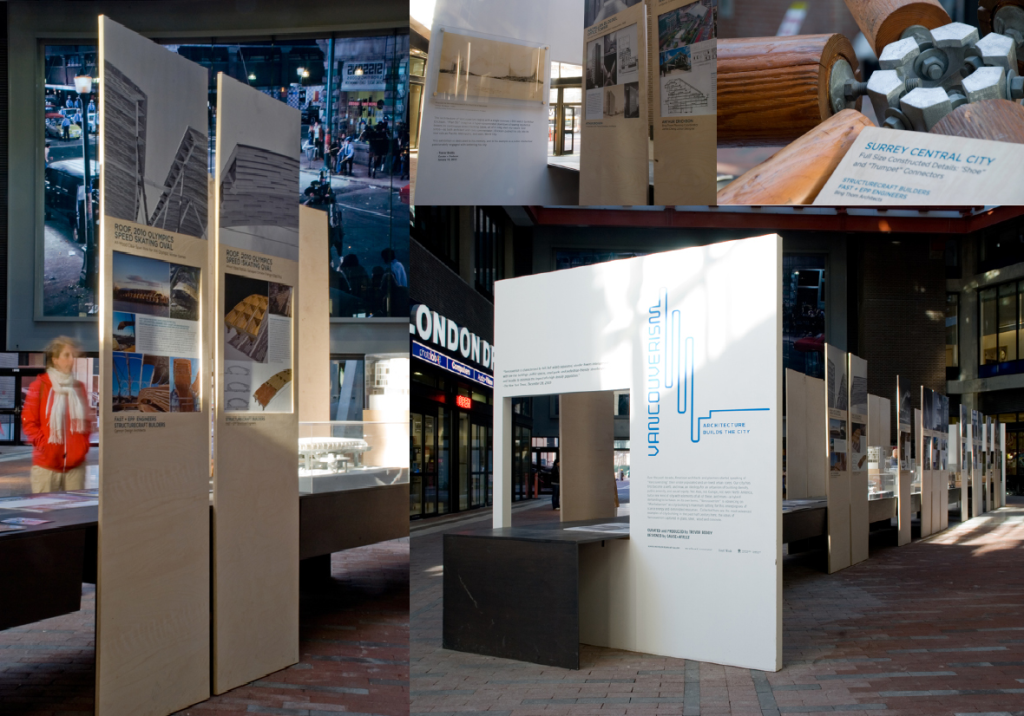 Vancouverism: Architecture Builds the City is conceived and curated by architecture critic Trevor Boddy. It was presented as part of the 2008 London Festival of Architecture and at the Canadian Cultural Centre in Paris in 2009, the exhibition showed at the 2010 Winter Olympic Games in Vancouver.

Visit the Vancouverism Website
Brand and exhibition design by Cause+Affect

“This is no demure Canadian exhibition. This is architecture as performance art.”
– The Guardian, London, June 2008

“In terms of dynamic urbanism and architecture, Vancouver is in North America’s avant-garde, its influence spreading from Dallas to Dubai.”
– Architectures a Vivre, Paris, Nov 2008

After showings in London and Paris, the Vancouverism exhibition comes home in time for the 2010 Winter Olympic Games – a mirror for our most innovative design and city-building, a catalyst for debate and reflection. With photographs, drawings, videos, scale models, and full size building details, it will show in Woodwards’ Atrium, East Cordova Street between Cambie and Abbott.

Look for the opening dates/hours for this free public exhibition, plus booking information for our special program of talks and “City Salons” co-sponsored with SFU Woodwards, including “Arthur Erickson’s Vancouver.”